It is so amazing how little authority federal and state governments have over the estimated $30-billion annual cosmetics industry – even when there is compelling evidence that ingredients are dangerous. And are being sold to consumers left and right each and everyday. Did you know that under federal law, cosmetics companies don’t have to disclose chemicals or gain approval for the 2,000 products that go on the market every year. And removing a cosmetic from sale takes a battle in federal court. The same goes for entrepreneurs in my beauty industry. They will go and purchase a private label hair care/skin/makeup line, stamp their name on the line and promise you the world. Major manufacturers do this everyday, entrepreneurs in the beauty/cosmetic industry are well taught.

The Food, Drug and Cosmetic Act, enacted in 1938, doesn’t require FDA approval before a beauty product is sold to the public or give the agency authority to recall a harmful product. One of the biggest topics in my next film/documentary “Beautiful LieS”, involves the hair straighteners in the  beauty industry.  Billions of pounds of chemicals are produced every year to make adhesives and binders for wood products, pulp and paper products, plastics, synthetic fibers and textile finishing.

In the United States, more than eight billion personal care items, mostly cosmetics, are sold annually for an estimated $54-$60 billion. From 2004 to 2012, cosmetics imports nearly doubled, according to FDA and industry officials. In California, where manufacturers must report chemicals in consumer products that are known or suspected of causing cancer  or reproductive effects, 700 companies reported 17,060 cosmetic products as containing one or more hazardous chemical ingredients. Unlike drugs and medical devices, cosmetics are not subject to pre-market approval or notification. A manufacturer may use any ingredient provided it doesn’t adulterate the product and it is properly labeled – except for 10 types of ingredients, including chloroform, methylene chlorine and mercury, according to FDA regulations.

Under the Food, Drug and Cosmetic Act, the FDA doesn’t have recall authority; instead it must start enforcement proceedings in federal court to prove harm. Thats how it all starts. So if you think about mega cosmetics company’s such as P&G, Loreal, Unilever these company’s have considerable financial pockets to pay attorneys. And they will argue their case in court until kingdom come. “Beauty industry professionals think cosmetics are tested for safety. They are not. It’s not like pharmaceuticals or even pesticides where some data are required. All the same, people slather cosmetics directly on their bodies, and absorb them in creams, deodorants, fragrances and shampoos, and ingest them in lipstick and gloss”.

The industry is highly resistant to regulation, and it provides zero information on the chemicals in products. In August, Johnson & Johnson announced it was voluntarily removing some chemicals, including formaldehyde, from its products. By 2015, the company promised to get rid of 1,4 dioxane, which is a probable human carcinogen, and several chemicals linked to altered hormones, including phthalates, triclosan and parabens.  The cosmetics industry has petitioned the FDA to strengthen some regulations. The industry recognizes the law needs modernizing in the global marketplace.  An overarching goal, however, is to avoid piecemeal state rules!

It’s going to be a long, hard haul before anything can happen. The current laws have created a perfect storm for these companies to continue to get away with it. And as long as there pockets get deeper they will get away with all this. And you the consumer are on the short end of the stick. It should shock consumers to hear how little regulation there is over the production and sale of cosmetic products. That the entire burden of proof is on the federal government to prove that certain products are harmful is unacceptable: we need safeguards put in place that require manufacturers to test the safety of their products before they reach the shelves, so consumers and Beauty industry professionals are not subject to poisonous chemicals. At the very least, the labeling of these products should inform consumers about the risks they take by using them. When cosmetic companies are expected to regulate themselves, professionals and consumers lose. We need standards in place to make sure that corporations—whether they are financial institutions, oil companies, commercial fishing companies, or food production plants—behave responsibly and do not threaten our lives. 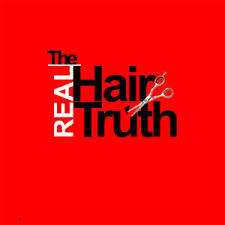