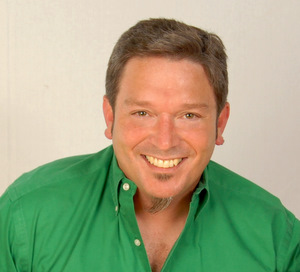 Its time to talk about nature and the every growing numbers of the creature known as the AO. Because of the situation of our financial jungle; many creatures have begun to examine quality instead of the “throw-a-way” attitude that prevailed a few years ago. We tend to question and really look to see if the products we purchase and beliefs that cost us money are performing as they say. Do they work?  The AO has the ability to disorient its prey and make its potential victim believe anything it says with out the natural process of questioning.

In the graceful but wild beauty industry spotting an AO is not difficult. Understand, there are no distinct markings, they can be young or old any sex or race. So how do you spot this creature? You spot an AO not by sight but by sound. You must listen to what they say and especially how they say it.

Now you may be asking yourself,  “what’s wrong with crediting this ever common AO with conviction?”  Is it wrong to think and feel like the AO? And if so why does the beauty industries great water holes, also known as salons, seem to flourish with these creatures?”

To understand this breed one needs to go back to the root and beginnings of the AO.  Most younglings do not begin as AO’s but start off as FT’s or Free Thinkers. Although there are some exceptions those beginnings usually begin at the nest or what’s commonly referred to as the “cosmetology schools”.  But these schools often attract the very dangerous LM predator of the large manufacturer species. LM’s know that fresh meat is easily available and lie in wait for the FT younglings. LM’s will begin to distract the young FT with attractive sights, sounds and smells, none of these actually contributing to the growth and advancement. Once distracted the LM strikes with great precision emitting a mind numbing poison. Although the Free Thinking youngling entered the water hole wide-eyed for knowledge and full of questions the poison’s effect begins and the FT starts to turn off its natural process of questioning and testing for itself.

The FT’s terminology quickly changes and phrases like “let me see” or “I want to see for myself” are replaced with a single resounding “They say”.  At that point the FT closes its eyes and inserts its head into the rear of the LM and the transformation is complete!

The story above may seem like a little satire over a small and insignificant problem that the beauty industry is seeing but it goes much deeper. Understand that hair stylists are artists of the highest degree. They are individuals who live for the chance to create. To make something that visually associates or better yet defines an idea, place, or time. Some of the most influential stylists were created in a time when great chance was taking place. The sixties and seventies saw a time when artists were using their talents to buck the system and to break out of society imposed ideas of how “the normal” man or woman should act, dress and look. Unfortunately when large chemical manufactures saw the rise of influence hair stylists had on fashion and the money that could be generated things changed. Now what used to be just brands have become the sole factor of influencing a young artist. Just think…Aveda, Redken and Paul Mitchell are not just tools a student may use to find his way creative side but actual schools that tell students that “ABC is the only and best way of doing something. Personally I heard one veteran stylist remark how frustrating it was when she hired a young girl who recently graduated out of the Paul Mitchell Academy. She explained that the girl could not find a PM salon in the immediate area and was looking for a job. Once hired all she did was talk about “PM this” and “PM that.” She commented on how it was like this girl was brainwashed and could not understand simple color formulation with a color wheel and any companies color books. The girl would repeat all the time, “That’s not the way we did it at PM”. “To me you can either formulate or you can’t!” I don’t care to hear about how any particular brands colors do when you don’t have that in your salon. Because of understanding the basics and because of the American Board Of Certified Haircolorists I can formulate any color.

So before you drink the cool aid, lubricate the sides of your head and prepare for the big insertion think why you want to go to that school. Now please don’t think I’m saying that these and other big companies don’t have good products because they do and I even use some from different ones but there is a reason why I’m using them and it’s not because someone told me. If I’m using something it due to the fact that I took the time to see if it fit into my creative arsenal.