Up until the 2006 sale of the B&B brand (the salons, the products, et al) to Estee Lauder (most people don’t realize that it also owns Clinique, MAC, Bobbi Brown, La Mer, Origins, Jo Malone, Smashbox, Aveda, and Darphin), from time to time you could catch a site of Mr. Gordon on the premises.  His mannerism always struck me as a peculiar combination of a relaxed composure (grapevine has it that he is into Buddhist spirituality) and a blatant assholiness toward some employees.

But, as I always say, you don’t get to be a successful entrepreneur by being warm and fuzzy.  To survive in business you need to be tough.  Some of us can be tough and decent at the same time.  Unfortunately, that’s very rare.  Well, since I didn’t need to deal with him personally, I was able to abstract  into what he was as a small-business owner: someone, who started from nothing and grew his brand to international recognition.  I admired him for his courage, drive, and strategic savvy.

Also, one cannot dismiss the fact that for Mr. Gordon it wasn’t just about branding, growth, and money.  He was truly a hair-man, devoted to the idea of creating high-quality products that satisfied a wide spectrum of needs.  Unlike the vast majority of other famous salon owners (Sally Hershberger is one example), who are engaged in “private label” merchandising (i.e. buying generic, mass-produced,  “juice” and pouring it into containers with their names), Michael Gordon actually developed unique mixtures, which are used to great effects in many salons and homes.

It was his quality standards and unrelenting drive to succeed that fascinated me.  Imagine my surprise, when I read in New York Times that this remarkable and shrewd businessman was arrested for tax evasion.  And it wasn’t even for something cleverly devised (not that I would approve that) – no, it was plainly stupid: he didn’t declare on his tax return the $30 million capital gain generated by that famous sale of B&B.

The charges (both criminal and that of stupidity) against him are mounting: when he was questioned by IRS about this omission, he claimed ignorance of the fact.   And that’s lying to a federal agent, because apparently there is evidence of his active attempts to hide this money.

What is the point of lying like that anyway?  Didn’t he sign his tax return back in 2007?  He never heard of capital gains? Weren’t there a horde of lawyers and accountants involved in the closing the deal?  Nobody mentioned the tax liability?  Hard to believe.

NYT didn’t make it a secret that IRS has acted on a tip received from a “confidential informer.”  Of course, they did.  Truth be told, IRS doesn’t have sufficient resources to look for specific violations of the tax code.  The best they can do is to react to the red flags selected by their algorithms.  Your employer reported your earnings, but you didn’t include them on your tax return – an inquiry will commence.  Itemized deductions  exceed certain levels, even if by $100 – the flag will be raised.  Meanwhile, corporate executives receive multi-million dollar perks and call them “business expenses”; private shareholders transfer stocks and property between related parties and don’t recognize capital gains; owners make equity withdrawals and show them as loans – and none of it ever get noticed.

However, the situation changes if someone makes a call, sends a letter, or an electronic message to IRS, detailing a case of the tax evasion.  If this someone provides sufficient information and the violation is big enough to prick up agents’ ears, they will be on the case right away.  Especially if it involves a notable figure that can get media interest (hey, you cannot blame IRS agents for wanting some attention).

Even though IRS has, what they call, a whistleblower reward program, it’s not easy to get paid for reporting tax violations.  Obviously, in most cases, the informants are not motivated by money.  Typically, they have some sort of a relationship with the evader and it resulted in two outcomes: an incredible animosity that goes way beyond a simple grudge and the knowledge that the government is being shortchanged.  The IRS becomes a mere weapon of revenge.

This is why Leona Helmsley went to jail in 1992.  The Queen of Mean dragged behind herself a trail of disgruntled contractors, corporate employees, and household help, who really hated her.  Some of them possessed hard evidence proving that millions of dollars spent on personal properties were billed to Helmsley’s real estate business.

And that’s why Michael Gordon got arrested.  In his brazen manner, he must’ve rubbed the wrong way someone with the first-hand knowledge of the $30 million unreported gain.  That hurt someone dropped a note to IRS.

Do I have to state the obvious?  Don’t steal big bucks from government – it’s dangerous.  But if you make a conscious decision to dodge some taxes, make sure that no one knows about it but you.  And I mean NO ONE.  If that’s impossible, make sure that you are super nice to those who are onto you – they have your freedom in their hands. 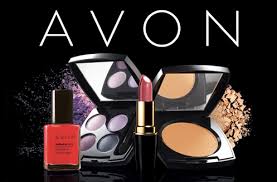 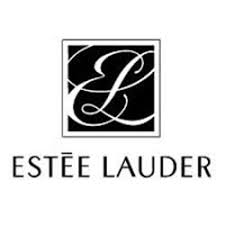 The founder of Manhattan’s famed Bumble and bumble hair salons and product line has been busted for allegedly lying to tax investigators about $29.6 million he received after selling his stake in 2006, The Real Hair Truth has learned.

Michael Gordon, 61, of Manhattan, remains behind bars after allegedly telling an IRS investigator during a meeting last month that he didn’t know the income had to be reported on his 1040 tax return form. A federal warrant was issued and he was arrested and arraigned last Friday. The British native — who most recently produced a documentary on his late pal Vidal Sassoon that premiered last year at the Tribeca Film Festival and later partnered with fellow hair-salon owner Rodney Cutler of Cutler Salons — was deemed a flight risk by federal Judge Gary Brown and jailed. He sold his stake in Bumble and bumble to Estée Lauder in 2006 to pursue other interests and purchased homes in the Hamptons and Manhattan. But that financial jackpot has come back to haunt him six years later. The IRS has been conducting an investigation into his returns, and even used a confidential informant to build its case against him before last week’s arrest, according to court papers.

The canary — a friend of Gordon’s for roughly seven years — said Gordon openly discussed hiding the money from the taxman after securing the lucrative deal in 2006. The informant “told me that after the defendant received the income from the sale of Bumble and bumble, he was actively seeking ways to hide the money from the IRS, including sending money overseas, so that he would not have to pay taxes on that income,” a federal agent says in a criminal complaint. Instead of reporting the earnings, Gordon allegedly presented a gross income of $1,350,883 that year and a taxable income of $1,124,844. Instead of forking over hefty income tax on the $29.6 million, Gordon actually scored a refund of $39,298 in 2006, according to the complaint. Gordon submitted papers at his arraignment stating that he lived in a $16 million Manhattan apartment with a $3 million mortgage. Officially retired from wielding scissors, he listed his employer as his own company called, “If You Knew”, a hairstyling consulting firm made up of Bumble and Bumble alums. Cutler, who first worked at a Manhattan Bumble location and has called it the most influential salon in America, declined to comment. So sad for this Brit! BOO-HOO